In-Finite and the Lexicon series

The two collaborations represented here continue to be very formative experiences.
Top Row: This large installation titled "In-Finite" was part of a collaboration with musician-composer Janice Misurell Mitchell. We worked with ideas regarding the development of particle physics and cosmology. Janice produced and performed an original composition involving ancient and modern instruments. I painted a series of fifty 12" squares depicting various aspects of scientific development in a visual timeline from the Ptolemaic model through more modern concepts such as String Theory and Dark Matter. The work premiered at a 1998 solo exhibition at Northern Illinois University's Gallery in Chicago.
Bottom Row:

The "Lexicon Series", a collaboration with Georgiana Nehl, involved passing small 7"x5" gessoed papers back and forth in the mail over the period of one year. The paintings were alternately worked on collaboratively to produce the 100 small paintings that comprise the series. Each painting had a single word embedded along the vertical axis. The collaboration concluded in 1997 and was widely exhibited for several years, most notably featured at the Chicago Cultural Center. 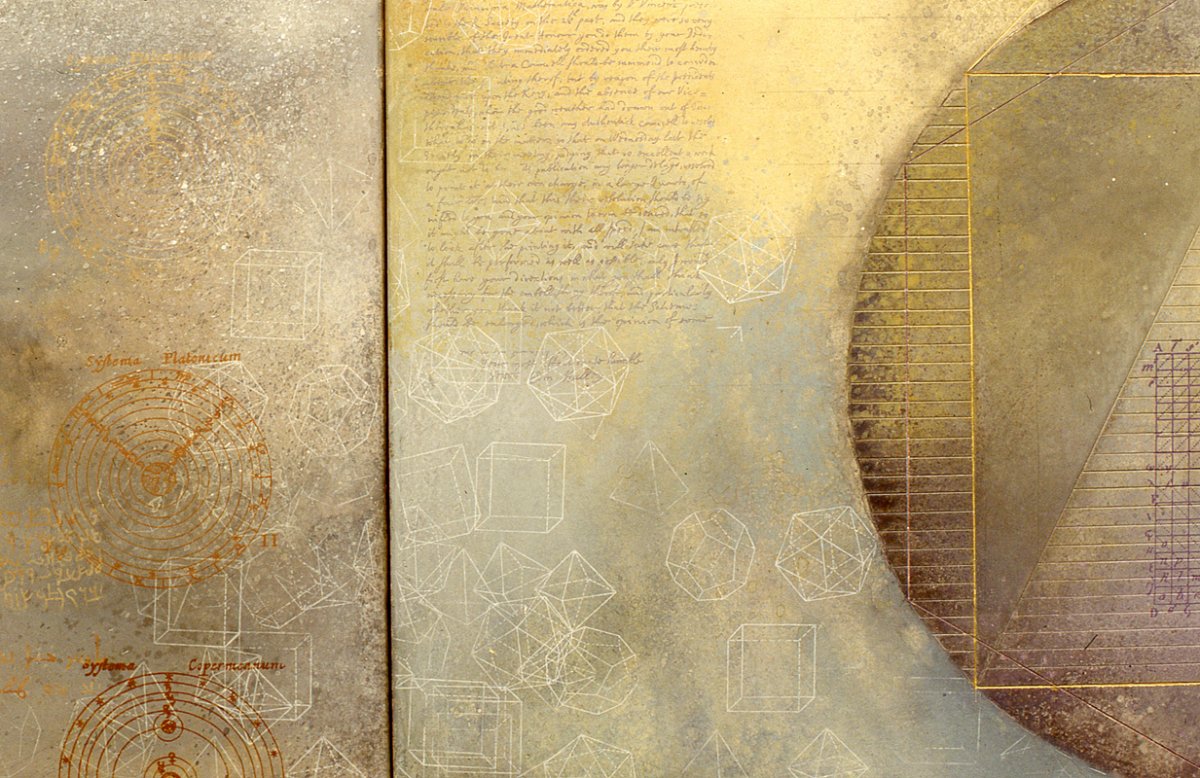